I have enjoyed sailing ever since I learned to sail as a young boy on the Oslo fjord when my family spent a few years in Norway. There I sailed and raced in an Optimist-type dinghy, a Snipe, and a small rotund keelboat called a Kylling (chicken in Norwegian). Later I sailed an 18’ Flattie in the Burrard Inlet of Vancouver, BC. My wife, Debbie, and I met while we were grad student and post doc, respectively, at Caltech in Pasadena, CA, and while there in the late 70’s we day-sailed a swing-keel Clipper Marine 21 in the waters off Redondo Beach, Marina Del Ray, and Palos Verdes. In 1997 we bought a 1976 Pearson 30, Sandpiper, and started sailing on the Chesapeake Bay. In 2000 we joined the Herrington Harbour Sailing Association, whose members sail out of Deale, MD, mainly for the Wednesday evening races which I found to be a welcome mid-week break and relatively easy to recruit crew for. We became active participants in the HHSA racing program and in other Chesapeake Bay races, including overnight races such as the Governor’s Cup Race from Annapolis to St, Mary’s (76 nm) and the Down-the-Bay race from Annapolis to Hampton, VA (123 nm). In 2009 we decided to move up to an offshore-capable boat and acquired Mazal Tov, a 1996 J/120. We have completed four offshore races: the Annapolis to Newport Race in 2011 and 2013, and the Annapolis to Bermuda Race in 2012 and 2014. I became part of the HHSA board by serving as Rear-Commodore for Racing in 2010-2011, Rear-Commodore for Communications in 2012, Commodore in 2013, and Past-Commodore in 2014. In the fall of 2014 we moved to Champaign, IL, to take positions with the University of Illinois at Urbana-Champaign, and brought Mazal Tov to Chicago. In 2015 we began sailing out of Burnham Harbor and competed in the Chicago-Mackinaw Race in 2015 and 2016 with our former East Coast crew members. We decided to sit out the Chi-Mac in 2017 to focus on getting more involved in local Chicago racing. Toward that end we joined the Midwest Offshore racing fleet (MORF), an organization that conducts multiple W/L and distance races under PHRF, and is a good source of new crew members. We had an active racing season in 2017, participating in the Wednesday evening Beer Can races and weekend distance races. In addition, we went on a 9-day cruise to Sturgeon Bay, WI. We enjoy sailing out of Burnham Harbor with a group of talented sailors from the Chicago area. Please contact me if you would like to join the Mazal Tov racing team. 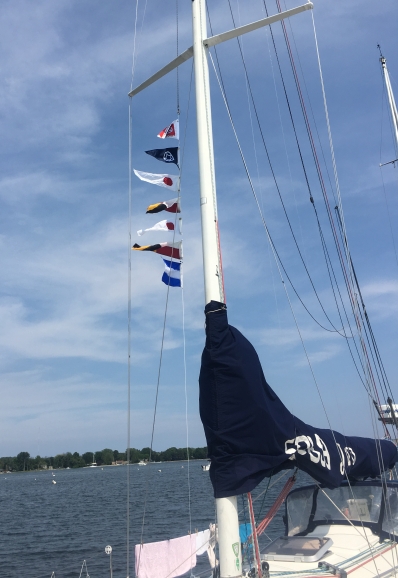 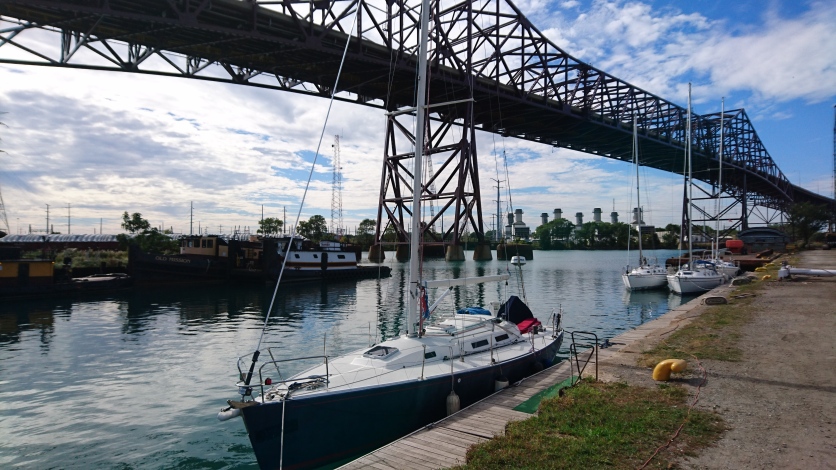 Mazal Tov at the Dock

Share this: j120 Sailing and Racing Chicago on Mazal Tov

2017 Purple Line Chicago – We were the committee boat for this one and we still raced!